at least there were stickers (thanks good sir Allen)

So, you choose a new command-control system. because it’s … easy? one-click plug-in and tada!! – ‘cept now I’m sure I am not sure what I’m doing.

Ok – let’s see if JetPack + WordPress allow for a more seamless/centralized attack on my word craft / stick it to the man / well at least onto the universal wall that is the web – wish me luck.

Oh – also – 30 years on. the wall came down, hope went up … then something horribly human happened. that kinda sucks, wouldn’t you agree?

can I image this way –

why yes, it send very easy

We torment the children of immigrants – once again. I wonder why this is our normal [see “The Dish” for a dramatic version of American aggression and horror versus a defining moment of human civilization].

Again – why this is normal?

Could be that there are those demanding we do one thing while those who’ve guided us to the other are not focused on. If I have only one wish for the holidays, well – not sure what I’d go with but to believe in our scientists would definitely be in the top three.

I hope that my kid can see what the true power of humankind can realize – I hold that hope because to let it go is to invite madness. I need to see that though it’s a ongoing fevered effort there is progress, there is a greater good to strive for. That is something I can work towards sharing with the kid.

As we wrap up this year, as I wonder what it is that I’m trying to do, I hope you and yours find the joy outweighing the struggle.

I’ve been watching a YouTube channel by Lockpick Lawyer. Perhaps you can guess what the videos are about.

What I like about the videos so far are that a) he’s calm and collected as he describes what he’s doing, and b) he’s reminding me that “hacking” comes in many many flavors.

Do you know what gallium will do to unprotected aluminum? It’s frankly astounding. My mind raced to the potential applications of this method, fearfully. Then I realized that yes – those two substances have a specific reaction. That I was watching it on the interweb meant, however, that it was not an unknown concern. Probably something those who craft things – important things – out of aluminum know about and make arrangements for.

In a time where there is an awful lot of yelling it’s nice to find and appreciate calm discourse. The inter-linking is probably the one saving grace of the web – I get to hear the wisdom of a Naval officer, an author, a musician, a parenting expert, a DJ full of heart – all from the comfort of the shitter, at times.

Oh the places you will go, as a certain Doctor once noted.

“Don’t Forget to Be Awesome”

I like the fall – it signifies the ‘beginning’ of the year to me. Presume that comes from my years of schooling. As such I get to ponder the cyclic ‘back to school’ push, the mentality that comes with that ‘here we go again’ feeling.

Why can’t we ALL get that more often? Besides a new phone what works as a touchstone of a new, yearly season/cycle – a new laptop? a new people carrier? new kicks? Hmmm..

I noted the headline last week from the Intercept/ Guardian on the latest release of good sir Snowden’s archives.

Of deeds perpetuated in the name of American Freedom, how No Such Agency utilized access via VPNs to spy on those around the world. & thus a double-edged blade.

In the unicorn filled utopia of a Michael Bay reality, I most certainly want my intelligence agencies to accomplish their missions – spy on our enemies. Keep us safe. As I see it, however, the problem becomes when the consensus of who the enemy is, on what it is to be safe – and free – becomes twisted, that the bloodletting begins.

I guess, in this rather pondering entry, is the bleeding happening close to the heart? When used against the private citizens & allies, hasn’t our fight been lost? I look at an areal of NSA main and understand – so many good, talented, professional people propping up a house of cards – is the blade cutting close to the root? How can madness be stopped?

Sadly I believe there is no recourse to heading down river, towards the thunderous roar of rapids, rocks, and cascades into the mist.

Beware the tools that make you magical for none are mighty enough to wield them well.

Using the Gutenberg editor for WordPress – go me! was talking about technology and the challenge of embracing never-ending change.

Well, all I have to do is keep at it, right? Begin again as I’ve been led to understand.

One more week into the history books, eh?

We learned that Spectre isn’t quite dead yet – thankfully it’s only a concern for Intel powered computers… oh.

The U.S. law enforcement agency urged the owners of many brands of routers to turn them off and on again and download updates from the manufacturer to protect themselves.

So, in the post Cambridge Analytica world we face, our top law enforcement agency just sent a memo to all Americans – turn it off and back on again. Oh, perhaps change the default settings the router was shipped with.

As someone who pays some attention to the connected world we reside in and the hazards that brings I am always shocked when it’s ‘default logon was used’ or ‘the password was too simple’ or ‘a bit of a data loss but nothing to worry about. Other than the 30 million. oh, wait – 75 million. Nope – 183 million Equifax records that were stolen. No need to worry about a thing’ – perhaps the AI revolution will fix these oh so easily fixable pitfalls.

So, my Friday focus will be to go home, reboot my router, find the logon credentials, see if I can a) figure out the make/model, b) find a site with an update, and c) update without bricking. Three day weekend, that would be tragic to lose internet access, right?

be kind to each other, please. 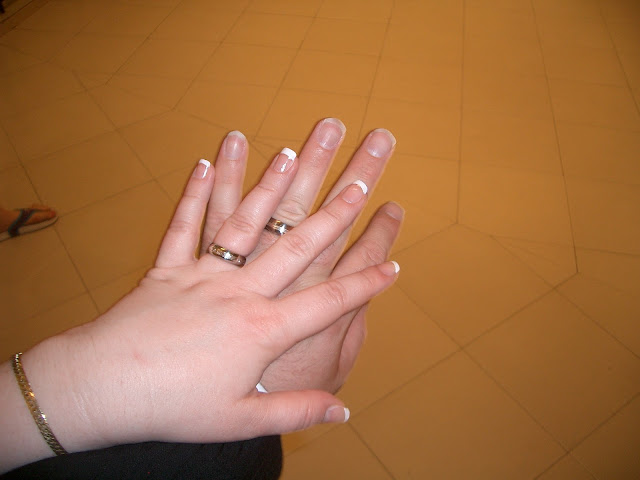 I look forward to the next 7 fabulous years with ya …